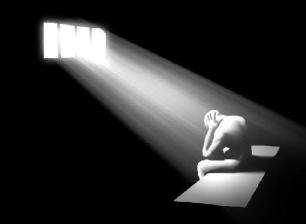 Late last month, I and two of my friends (with one of their friends, also ^^) got the chance to sit down and have a talk about ourselves– our lives, studies, problems, and the like, because we haven’t done it for a quite a while then. So the issue of temperaments and humorism was brought up. Nads said she’s an extrovert, and that she knew (or sensed..or discerned) I was an introvert (which is true). David said he’s an introvert too, but I told him he’s more likely an extravert (a mix of introversion and extroversion). Nads said she’d thought she’s surrounded with introverts; I, on the other had, with extroverts (ahahaha~). But the whole chat was about having the feeling of sadness in spite the truth that we are believers now.

(You would think this is a follow up blog to my previous topic about depression.. well, you surely are right :D)

It still hurts me to know that many don’t understand AND misunderstand Christians with depression. They think such people will always resort to physical infliction or suicide. Yes, they will, if the brethren will never care for and understand them. If they will never learn to minister to them.

Once you become a believer, you are still susceptible to loneliness. When that happens, don’t count it as a failure– instead, let it become your strength (2 Corinthians 12:9-10); for Jesus, who is God but became human, also experienced such dolor, so that He could be able to suffer with us, He could sympathize with us. In His death, He took with Him all those feelings of loneliness and sufferings, and turned it to complete joy and victory. And when we experience great troubles in our heart and soul, we suffer also with Christ. In the end, we become victors with Him also.

The Spirit himself testifies with our spirit that we are God’s children. Now if we are children, then we are heirs—heirs of God and co-heirs with Christ, if indeed we share in his sufferings in order that we may also share in his glory. (Romans 8:16-17)

I, for one, have gone through the paths of depression, and I thank the LORD that through it, I have managed to understand, and empathize with others also. God has ministered to me, and through that experience, I can also do the same to others.

How can someone relate to other’s loneliness if he hasn’t experienced being one? If he hasn’t yet, good for him. But it’s a different story for Jesus, because He had experienced everything we’ve gone through, or the state we are right now. He also experienced being alone.. of being deserted. That’s why He can sympathize with us; He can relate with our feelings of brokenness, because before all those could happen to us, it all happened to Him first, and He had borne it all for us. “For we do not have a High Priest who cannot sympathize with our weaknesses, but was in all points tempted as we are, yet without sin.” (Hebrews 4:15)

So whenever you’re in the season of loneliness, think of Jesus Christ, and how much He suffered for you to gain true joy and freedom.

2 thoughts on “the glory in loneliness”

So, what's on your mind? Cancel reply